At the time of its incorporation, the 65-acre park was said to be the largest privately owned trailer park in the United States. As of 2013, the town has dropped the ‘Park’ and is known simply as Ocean Breeze. 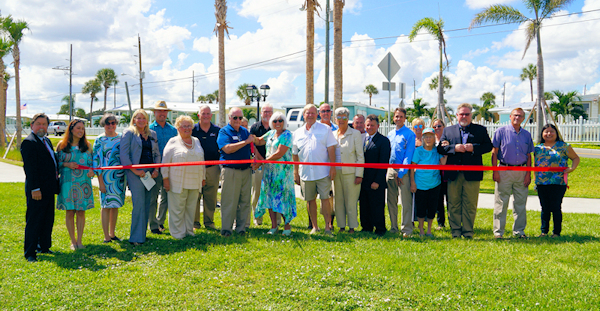 Ocean Breeze Trailer Park was established in 1938 in Stuart, Florida by Harry Hoke.  The Ocean Breeze Park town government was formed in 1960 when 142 property owners in Ocean Breeze Trailer Park voted to incorporate. Harry Hoke was elected as the town’s first mayor. Gene Hoke, Jeri Hoke, Jack McNab, Leo Williams, John Corliss, and Luther Weeks were elected to the Board of Aldermen. Alice Hoke was named town clerk, Dick Hoke was named first Marshall, and Evans Crary, Sr., who guided the town through the legal procedure of incorporation, was appointed town attorney.